The Energy Poverty Research initiative was founded in August 2017 as an independent research and lobbying organisation working on energy poverty and energy policy more widely. In 2018 we established a collaboration with the Scottish 'think and do' tank, Common Weal, and in 2019 we were formally recognised as an independent spin-out from the Built Environment Asset Management (BEAM) Centre at Glasgow Caledonian University. 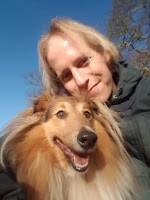 Dr Keith Baker FRSA is a Co-Founder of EPRi, a Research Fellow in Fuel Poverty and Energy Policy at the Built Environment Asset Management (BEAM) Centre at Glasgow Caledonian University, a Board Member of Common Weal and Convenor of their Energy Working Group, and member of the National Coordinating Committee of Scientists for Global Responsibility. He specialises in fuel poverty and energy policy, with a particular focus on renewable heat, and has a background in environmental science, science policy, and the environmental impact of technology. His activities also include regular articles and appearances in the media, where he has been described by James Whale of talkRADIO UK, as “the acceptable face of climate change”. 🐦@Stumpysheep 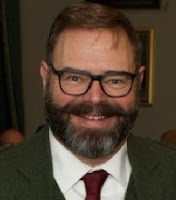 Dr Ron Mould is a Co-founder of EPRi, a Sustainability Officer at Bield, a member of Common Weal’s Energy Working Group, an Associate of the BEAM Centre at GCU, and a Co-founder of EPRi. He has a PhD from Glasgow Caledonian University on district heating and fuel poverty, which drew on his extensive professional experience, including managing teams of energy advocates at Renfrewshire Council. This study illustrated the impacts of fuel poverty across the urban / rural divide and the relationships between fuel poverty and vulnerability, and underpins EPRi’s reconceptualisation of fuel poverty as a complex social problem that needs ‘folk first’ solutions. 🐦@ron_mould

Scott Restrick is a Co-founder of EPRi and is based at Link HA. He was previously the Technical & Training Manager at Energy Action Scotland since June 1999, where he led on the organisation’s training service delivery and development and also the provision of domestic energy consultancy services for a range of housing providers and EAS members. He is a graduate of Glasgow Caledonian University with a PG DIP in Environmental Monitoring and Assessment. Scott has worked extensively with the Scottish Government and with organisations tackling fuel poverty across Scotland and beyond. 🐦@dougalcubed 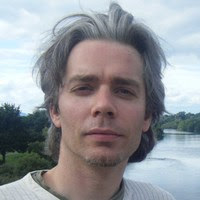 Dr Geoff Wood is a Senior Lecturer in International Energy Law and Policy at Stirling University, an Associate of the BEAM Centre at GCU, and Series Editor of Palgrave Macmillan's Energy Transitions series. An energy, environmental law, policy and regulatory specialist, his work focuses on the development of legal and governance frameworks for sustainable energy transitions to optimise policy delivery in terms of environmental, social, economic, political and technological outcomes. 🐦@Gcw25Wood 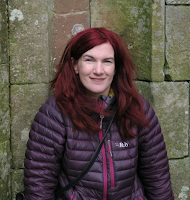 Helen Melone is based at Scottish Reenewables, having previously been Energy Action Scotland's Research, Information and Project Officer. She completed an MRes at Glasgow Caledonian University, for which she was awarded a distinction for her research on gender and fuel poverty. 🐦@hmelone

Prof Brian Castellani is Professor of Sociology at Durham University and a Fellow of the Wolfson Research Institute for Health and Wellbeing. He moved to Durham from Kent State University in 2018, where he wrote an article for Discover Science, 'Complexity and the Failure of Quantitative Social Science', which inspired and underpins EPRi's work on understanding fuel poverty as a complex problem. 🐦@complexcase 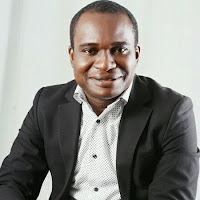 Emmanuel Unaegbu is a Senior Programme Manager with the Climate Transformation and Energy Remediation Society, Nigeria. He holds an MSc from Glasgow Caledonian University, for which he gained a distinction for his study on the social impacts of flooding in the River Benue Basin, Nigeria. Emmanuel also volunteers as EPRi's African correspondent. 🐦@emmalysis 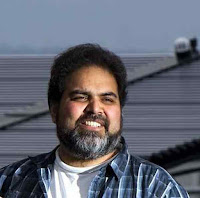 John Grant is a Senior Lecturer in Natural and Built Environment at Sheffield Hallam University He is also working on his PhD which is studying the sustainable responses to the projected effects of climate change on the UK housing stock and hopes to outline the challenges UK residents are going to face (especially those on low incomes) and will seek methods of both mitigating and adapting to these challenges. 🐦@JohnF1968 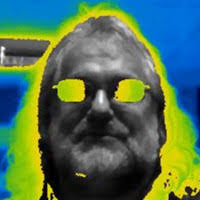 Dr Bill Sheldrick is the legendary founder of Alembic Research. He holds a PhD in Local Authority Involvement with energy Conservation in the UK from the University of Leeds and was a member of the Watt Committee’s Domestic Energy and Fuel Poverty Working group and a member of the Building Research Establishment working group on the BREDEM methodology for Scotland. Bill was an assessor, trainer and examiner for the National Home Energy Rating scheme and received a NHER lifetime achievement award in 2000. 🐦@AlembicResearch

At last we can finally talk about the Intergovernmental Panel on Climate Change's 6th Assessment Working Group III report, and one of our papers is cited in it! Here's our media release. MEDIA RELEASE – Embargoed until 16:00 on 04/04/22 – Intergovernmental Panel on Climate Change Working Group III report released   Today marks the publication of the final part of the 6 th Assessment Report (AR6) from the Intergovernmental Panel on Climate Change (IPCC), the Working Group III report on mitigating climate change [1]. The report sets out twelve scenarios for mitigation, including three that aim to keep global warming within the 1.5˚C ‘safe’ limit (and one that allows for an overshoot and return to 1.5˚C), which is the aspirational target under the 2015 Paris Agreement. The IPCC does not advocate any of the scenarios, but they provide illustrations of potential future developments that can be shaped by human choice - including relationships between the level of ambition, clima

With campaigning for the local elections now in full swing we were reminded that we haven't published anything on how our political parties responded, so here we go! The statement was sent to appropriate members of all the political parties represented at Holyrood, along with the Independence for Scotland Party (ISP) and Alba. Of these, only the SNP and ISP responded, although we should note that we have had some positive informal dialogue with representatives of Scottish Labour and Alba on a number of the key issues, particularly with regard to support for a public energy company. We have not heard anything from the Scottish Green Party, the Liberal Democrats, or the Conservative Party however, we urge readers to consider their respective voting records on some of the actions when it comes to casting their own votes. Michael Matheson MSP, Cabinet Secretary for Net Zero, Energy and Transport provided us with a full response on behalf of the SNP and, whilst we are grateful to him fo

New article: As energy prices are due to rise, we can’t ignore the plight of those rationing their energy use

This is an updated version of an article I wrote for Common Weal last year, with an added sting in the tail, so I'm grateful to Energy Action Scotland for publishing it in full in the Spring edition of Energy Review, which you can find here:  https://files.constantcontact.com/3105cc1e501/b3efa91e-4458-4d60-8f49-ca074cbd3909.pdf Whilst EPRi is a non-party political organisation and is happy to work with elected representatives from across the political spectrum, there are times when the actions of a party, or at least its leadership, go so far against what they are supposed to stand for that the hypocrisy has to be called out. So, with the local elections looming, if you care about climate change, energy, and fuel poverty, then I'd urge you to consider the record of the Scottish Greens in government, and whether a vote for them is really a vote for what you believe in. More to follow on this next week when the IPCC AR6 Working Group III report lands. We'll be issuing a media